This slightly self-effacing Federal style building houses the oldest learned society in the United States, founded by you know who (BF). 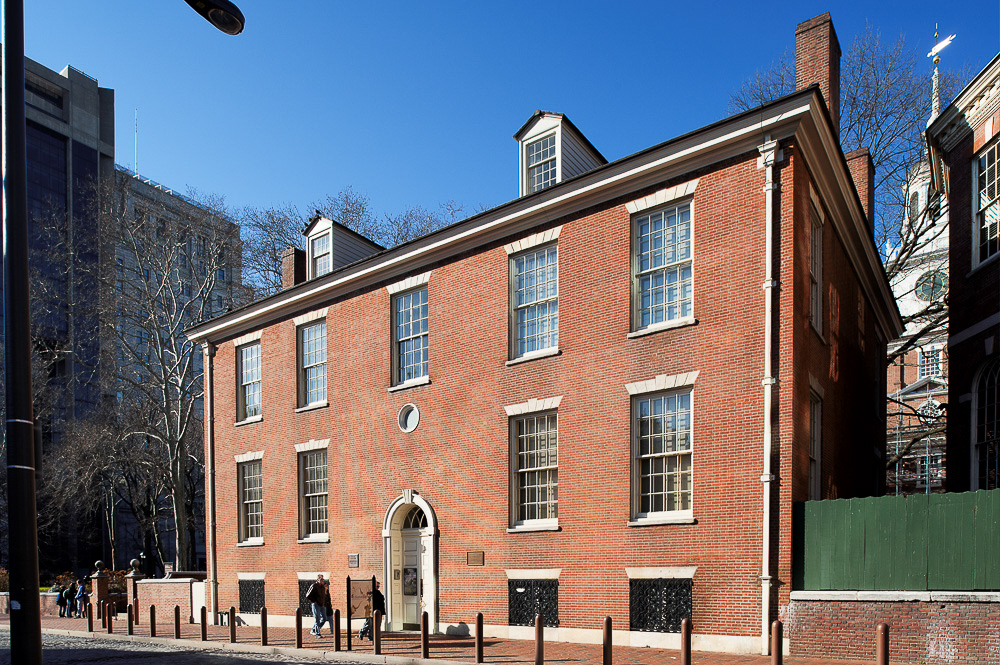 It says some good things about our Nation’s ideals concerning the place of learning in our society that the closest nongovernmental building to our original capital housed a learned society. Franklin had helped found the American Philosophical Society in 1743 based on London’s Royall Society. The society had floating meetings in taverns and member’s houses for the next 40 years until 1785 when the General Assembly of Pennsylvania sold the Society a rectangular plot of ground adjacent to Independence Hall for the Society’s use. The Society set about raising funds to build a new home for itself but money was hard to come by and finally the building was able to be built with a direct contribution of 500 pounds from Franklin himself. 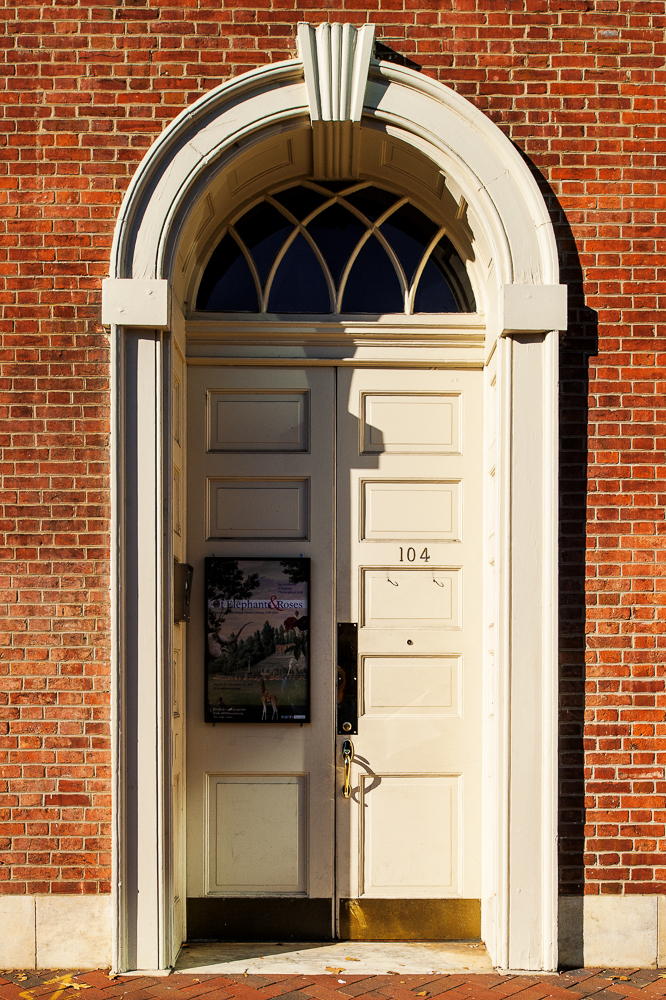 Whether motivated by Quaker restraint, lack of funds or a desire not to compete architecturally with its more famous neighbor, the society built a rather plain (even by the Federal Style standards) but large structure. Never the less, the nearly identical front and rear façades show the influence of the Federal style.

Notice the emphasis on large flat expanses of brick without belt courses or water tables to break up the effect, but the irregular spacing of the bays almost makes one mentally insert a projecting pavilion in the center of the building. The only three dimensional elements are the shallow cornice at the roofline and the slightly projecting architrave of the entrance door with an arched fan light. The building ends up being a great study in elegence and restraint