These early 19th Century trinities in Society Hill are among the few surviving examples of this vernacular style of residence. 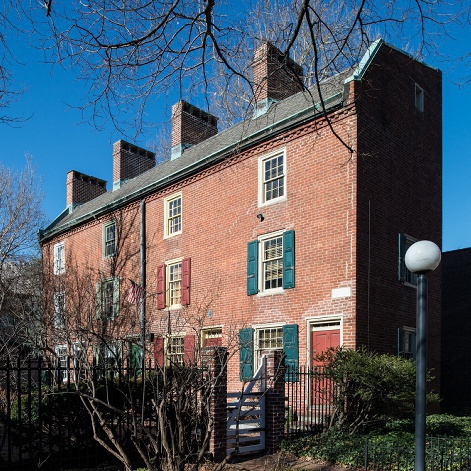 Before the modern mortgage evolved, most people in colonial cities did not own their own homes (perhaps fewer than 10% of city dwellers at the time of the revolution). The greatest demand for rental housing was for small houses for the poor and working classes who couldn’t afford to even rent large houses, or afford the fuel to heat them. In the early 18th century, these houses were often made of wood (see the worker house behind the Todd house) but by the end of the 18th century and the early 19th century another typology had emerged – the trinity.

As its name suggests, the trinity consists of three single rooms, stacked one on top of another, and a basement for storage, and cooking. An enclosed spiral stair connected the floors. The cooking fireplace in the basement and a second fireplace on the ground floor could heat the whole house but heat could also be kept on the ground floor by closing a door on the winding stair. 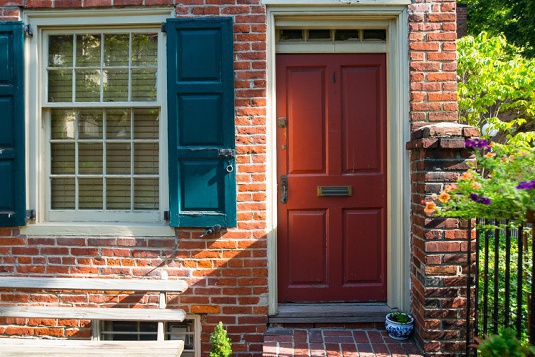 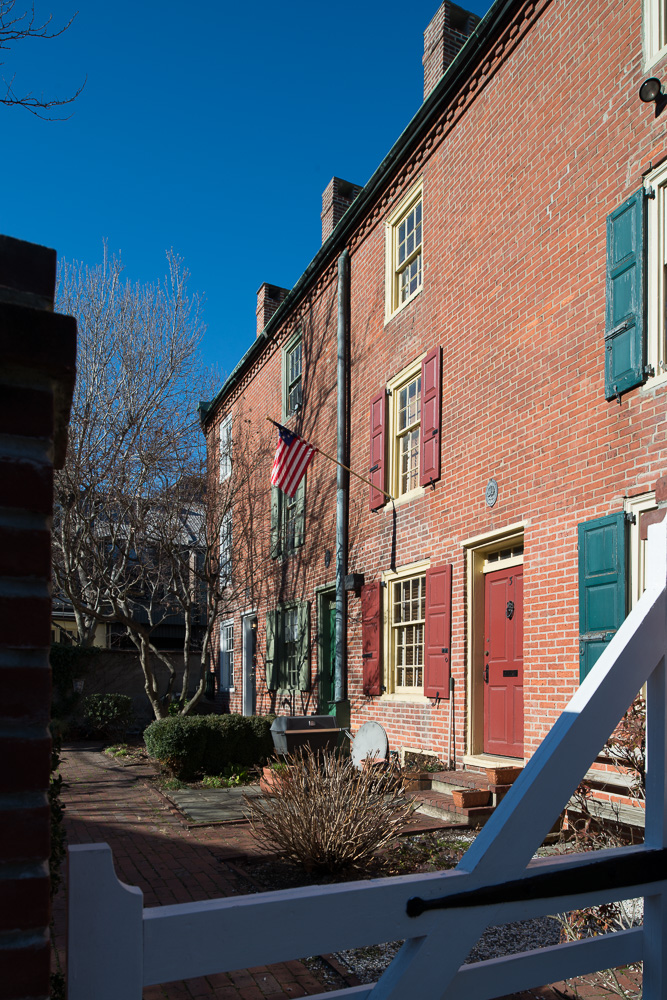 The trinity could be built free standing or in rows to increase construction efficiency and reduce heating losses.

These four trinities of Bell’s court are the best example of a row of trinities built during the speculative housing boom of the turn of the 19th century. They face a common area which was originally a private alley. Built in 1813 at the transition between the Federal and Greek Revival styles, their less affluent target audience means they are devoid of almost all decoration (there is small brick dentil work at the cornice) and are not unlike the slightly more elaborate small row houses of Elfreth’s alley. The entrances are also very plain, lacking any carved lintels or decoration on the jambs, but there are tiny transom windows to allow some light into the entrance. Trinities stayed in fashion as a simple, cheap housing solution up to the time of the Civil war.