Starting out in life as a small Federal era summer house, this mansion was expanded in the mid eighteenth century. Converted to a hostel in the 1950’s 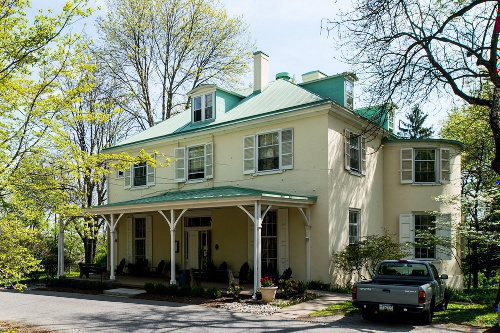 Not many cities in the United States get to have a youth hostel in an 1802 Federal era mansion. Originally built as a country house, it is situated on a bluff above the Schuylkill. As a hostel, what Chamounix lacks in transit access, it makes up for in seclusion and privacy. The setting is beautiful with almost no visual intrusion of the outside world.

The house itself, with its hipped roof and semi-circular projection on the south side creating several curved interior spaces, is solidly of the Federal Style. Take special note of the tall wide windows, particularly on the ground floor front of the house. The front and rear porches integrate the house nicely with the surroundings and they appear in historical photographs from the mid 1800’s. 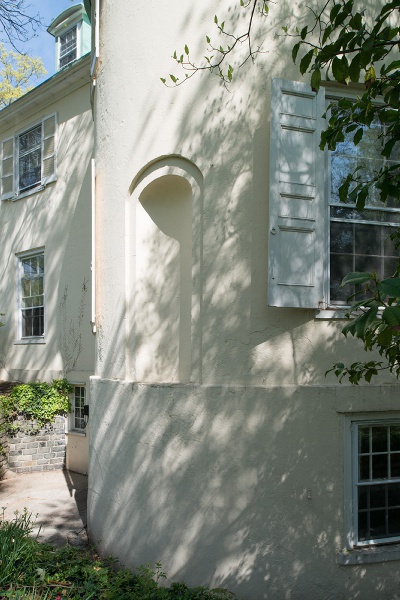 The original house had a simple interior arrangement with one room and a stair hall on the ground floor and four rooms on each of the two upper floors. This made it one of the small style summer house – closer originally to Ormiston and Rockland than Mt Pleasant. A later owner enlarged the house, almost doubling its size, in the 1850’s when the house was modified to be a year around residence.

In 1867 the house was acquired by Fairmount Park. It went through a variety of uses and in spite of a very damaging fire in the 1950’s it was converted to a hostel, at about that time. Some interior details remain on the ground floor and it’s refreshing to see a historic house in actual residential use rather than just a museum. 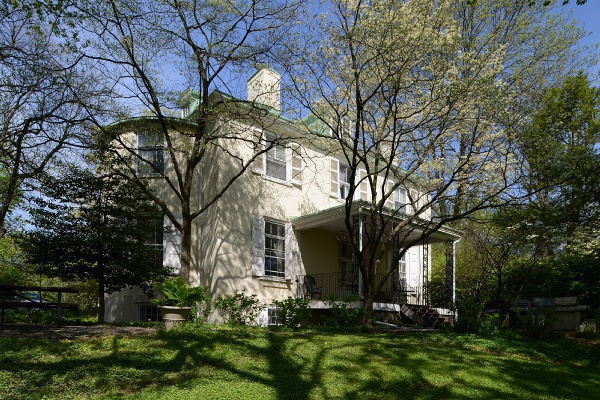 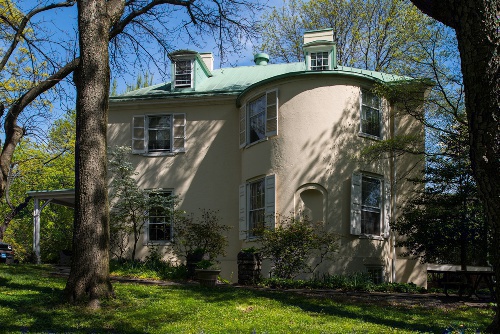