The first meeting place Congress this small Federal style building is overshadowed by its neighbor. It deserves more appreciation, particularly for its painstakingly restored interiors 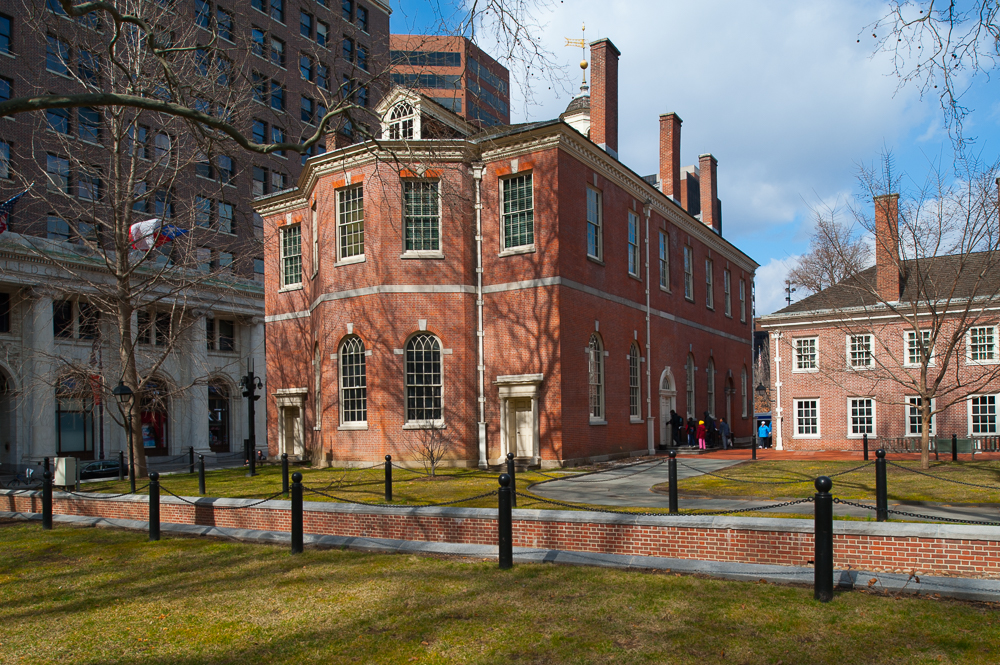 Unlike Georgian Independence Hall, Congress Hall, also known as the Philadelphia County Courthouse, was built in 1787 in the then emerging Federal style. While similar to the preceding style, the overall effect is a greater lightness and elegance when compared to the Georgian style.

One distinct difference can be seen in the windows – they lack the wide surrounding frames (architraves) of Georgian windows, and the muntin strips separating the glass lites are thinner. The lites themselves are larger, and the whole window is larger in relationship to the surrounding solid wall. 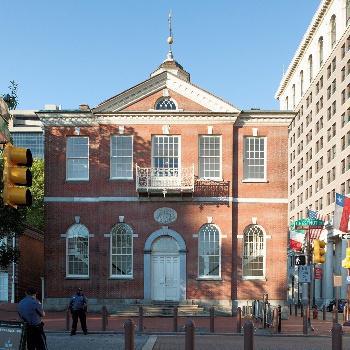 This small change in proportion between window and solid wall has a dramatic impact on the amount of daylight coming into the interior of the building – Federal buildings often seem particularly bright inside, especially on winter days when the lower angle of the sun allows it to stream in.

The contrasting white keystones and flat arches over the windows on the second floor are inherited from its Georgian neighbor, but the first floor windows have round arches at the top which echo the fan light over the front entrance. The Georgian water table is replaced by a marble base for the building but a marble belt course remains from Georgian design.