While there is some debate if it is the oldest residential street in America, it is certainly a not to be missed view of 18th century life and human scale architecture. Get there at dusk for an other worldly experience.. 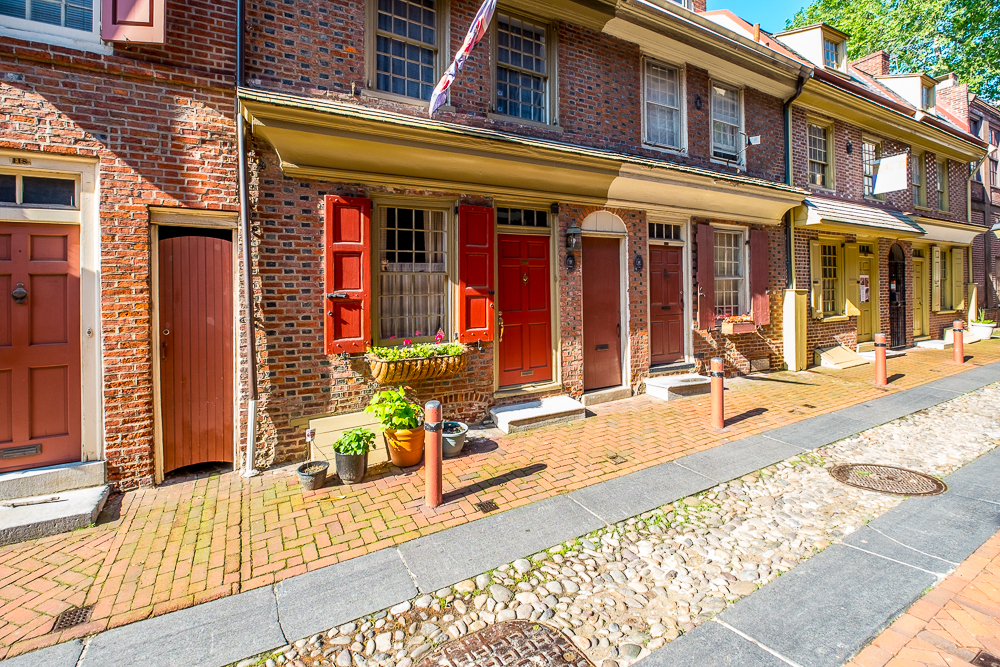 Whether or not you believe the claim that this is the oldest continuously inhabited street in America, it remains true that Elfreth’s Alley provides a unique view into 18th century life. Almost all the homes were built between the first half of the 18th century and the first quarter of the 19th century. If you can block out the (sometimes prodigious) noise from I-95, you can experience what it was like to walk down a working class street in colonial Philadelphia – more or less.

The “less” part is that there would have been some gaps between the houses until the 1840’s and the street would have been active all day with many workmen selling items out of their front rooms. Also, like most of Colonial Philadelphia, any modern visitor would have been overpowered by the smell of horses and other animals, garbage, manure and outhouses. The term quaint would not have come to mind. 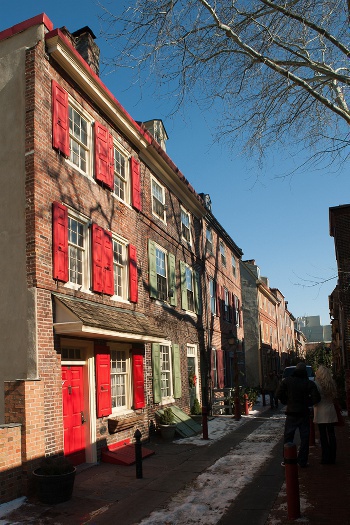 When William Penn and Thomas Holme laid out Philadelphia they made the foolish assumption that everyone would want large lots so houses could be surrounded by greenery. As soon as Philadelphia became successful, economics kicked in and it became obvious that one wanted to live near the Delaware River to share in the economic engine of the port and trade.

People quickly bought land and joined forces to subdivide the large original blocks with private alleys providing additional frontage for houses – particularly for working class resident. Here the two original owners of the Front Street lots started the development between 1702 and 1704. The lands were handed down through various surviving wives and children until Jeremiah Elfreth inherited the land in the 1750’s and the name stuck.

During some periods, taxes were based on the width of the street frontage of the houses rather than the depth of the lots. This gave an extra incentive for property owners to sometimes built a second or third house behind the main house as rental properties to gain additional revenue. 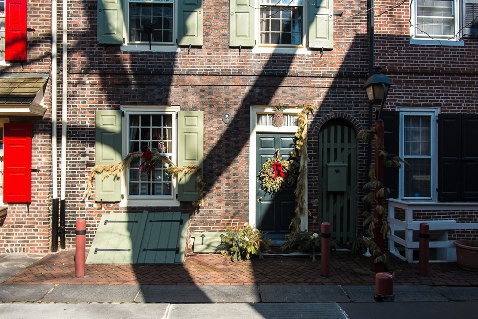 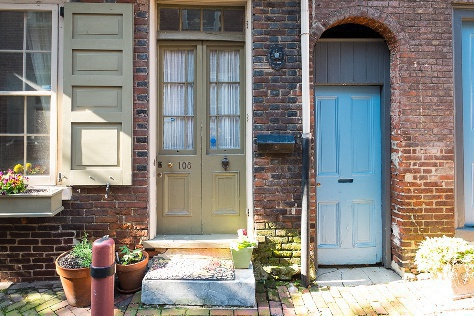 Later, when they could afford it, owners would sometimes incorporate these additional houses with the original. Particularly noteworthy are 120-122 which are two of the oldest houses (c1720) and 116 a particularly grand Georgian house facing the alley and a second house in the rear (visible from the street). Walk up the side alley to see Bladen’s court with a freestanding trinity home.