Justifiably the most famous building in Philadelphia and a listed World Heritage Site, this is literally where it all began. Oh yes – it’s also a stunning piece of Georgian architecture. 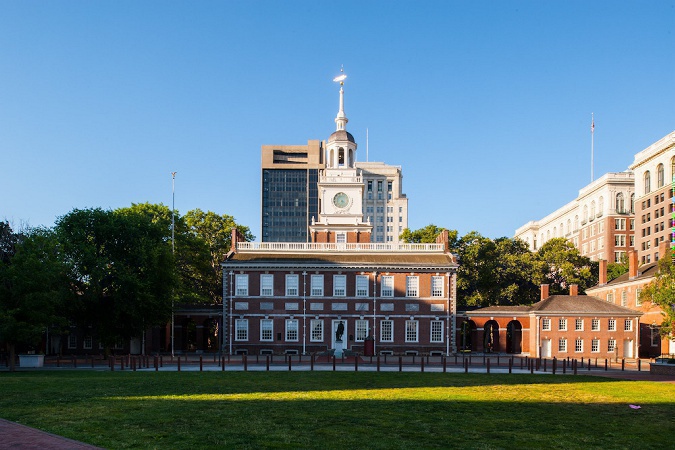 Even if nothing of historical importance had happened here, Independence Hall, or more properly, the Pennsylvania State House, would have been architecturally famous. Its monumental central building with two outlying dependencies connected by a roofed arcade is the most completely realized Palladian governmental building in America and at the rear of the building stands one of the most spectacular Georgian towers found anywhere. Beyond the two dependencies, two later Federal era buildings, the Supreme Court Building (Old City Hall) and Congress Hall (covered elsewhere) complete this beautiful complex. It’s hard to really see all this great architecture because it’s hidden by the historical importance of the buildings.

The second Continental Congress began meeting here in May of 1775 and fourteen months later, the Declaration of Independence was signed. Four years after that, Congress was presented with Lord Cornwallis’ captured colors marking the end of the revolutionary war. After floundering for several years under the Articles of Confederation, delegates again convened here and adopted the United States Constitution.

The architectural form of the building is worthy backdrop to all these great deeds. The nine bay front of the building facing Chestnut Street is relatively flat without the usual projecting pavilion. This face is framed by quoins at the corners and a shallow cornice. Windows, the entrance door and decorative stone panels are arranged in a grid separated by downspouts and stone belt courses. The whole assembly is beautifully proportioned and has a certain Cartesian logic which seems to be the perfect embodiment of the age of Enlightenment.

Peeking from behind is the magnificent tower but you have to go to the rear of the building to fully appreciate it. Its height profoundly changes the character of this face of the building. Where the front is all about well-mannered balance with a slight emphasis on horizontality, the tower is all about verticality. Critics have some quibbles, like the large Palladian window being too close to (and visually crushing) the door, but these are minor. After all, the wood part of the tower was designed by William Strickland, the greatest architect of era, and it shows. 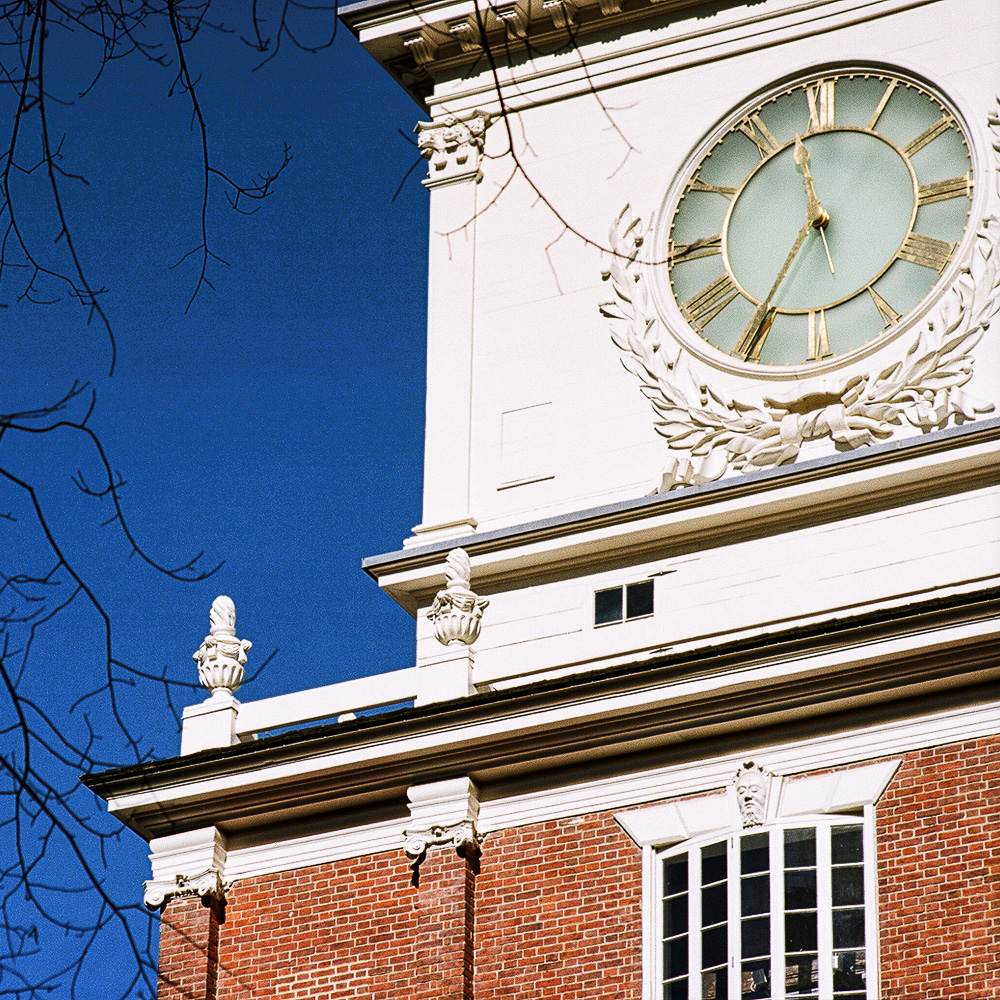 The interiors of the building have been subject to many renovations but they now exist as closely as can be determined by archaeological research to the way they appeared when the founders used the building in the late 1770s. Even the paint colors have been rigorously analyzed and are, as far as we can tell, the original colors.

Behind the plaster work are several unusual structural innovations particularly in the second floor framing to achieve large spans. Preservationists have speculated that carpenters with shipbuilding skills may have adapted some of these skills in devising the framing. After taking the tour, allow some time to walk around the outside of the building – it is a very special place. 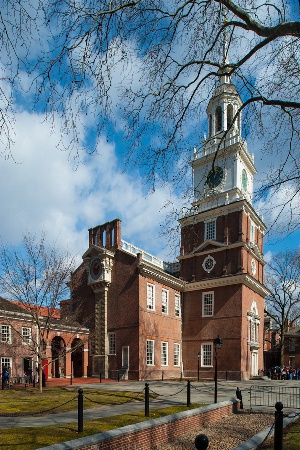 I was fortunate enough to live in the area in the late 1990s before the post 9/11 control barriers were installed. On many evenings I walked through the arcade on either side of the main building and around the back on my way home. The history and beauty of the site always created a haunting quality in the early evenings.