An early Greek revival building for one of the first saving fund societies by an architect who would later build large parts of the US Capital. 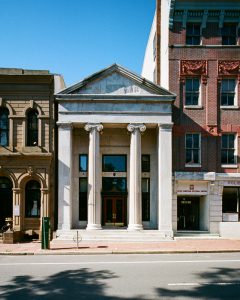 Some building’s importance outweighs their size, like this one tucked away on Walnut Street. It was designed by Thomas Ustick Walter for The Philadelphia Savings Fund Society, which was founded in 1816 as the first savings society in the United States. Unlike most banks which were for commercial lending, savings societies used money deposited with them by everyday people to make small loans to the common person. This access to credit allowed the middle classes to improve their positions in life and eventually do things like obtain mortgages leading to widespread home ownership by the middle class. 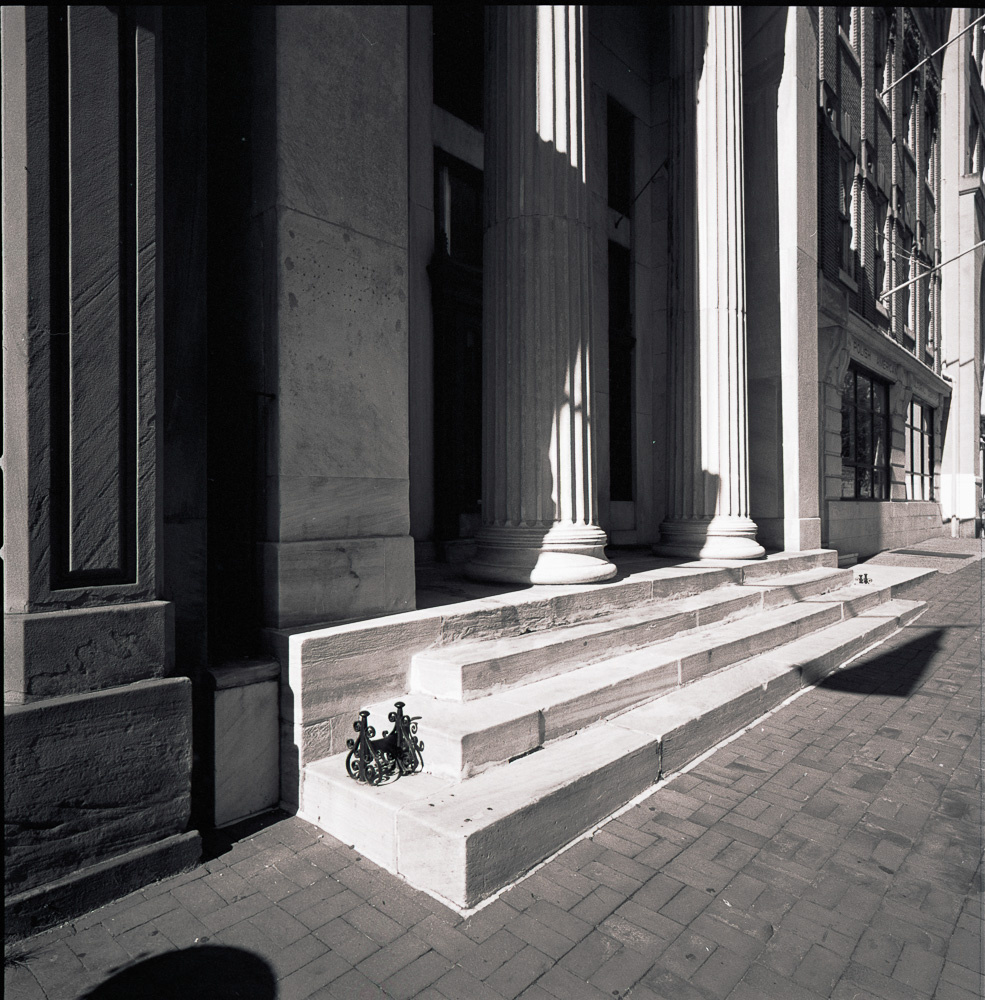 The building itself is a little jewel – a miniature take on the Greek revival bank popularized by Strickland twenty years earlier in the Second Bank, just a block away. PSFS is pleasingly proportioned with two square columns positioned at the ends of the sidewalls (anta) and two freestanding ionic columns (said to be in antis). While not modeled on any specific Greek building, it resembles some of the “treasury” buildings at Delphi (particularly the Athenian treasury). The pediment was added by the new owner when the bank sold the building in 1881. To emphasize the building’s protection against fire, the first floor was supported with brick vaulting rather than timbers, and iron shutters were fitted on all the windows.