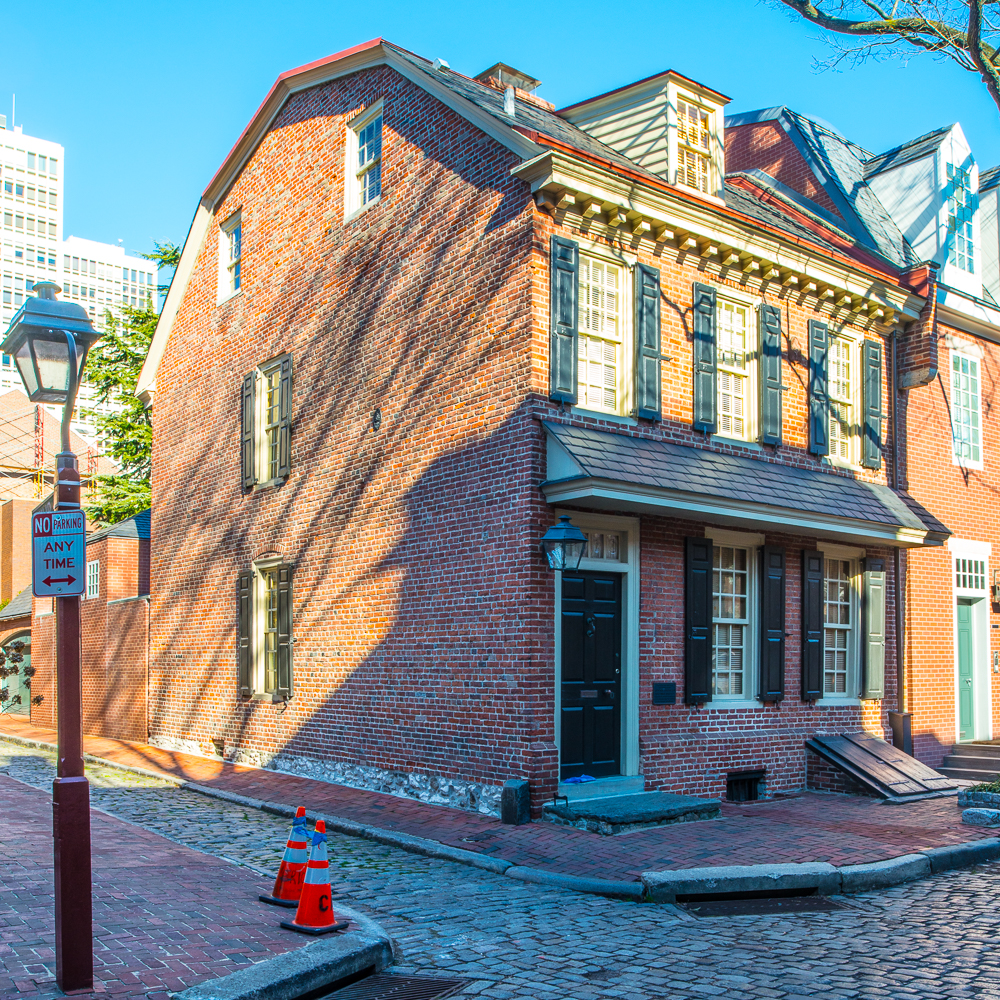 This early Georgian house is several notches up on the social scale from the slightly earlier Arbour-Winemore house nearby on Spruce Street, but it shares a pent eave and a plain door with a simple transom with its less affluent cousin. It was built by Samuel Rhoads, master carpenter and a mayor of Philadelphia for Alexander Barclay who was Comptroller of the Port of Philadelphia.

While only two stories, it has a gambrel roof which makes the attic space more useful. Some touches, like the decorative modillions at the cornice, a water table and a front façade laid in a Flemish bond make it more self-consciously Georgian than the Arbour-Winemore house.