A little hard to find and suffering from an uninspired exterior paint scheme, this Federal deserves more respect. Interiors are especially nice. 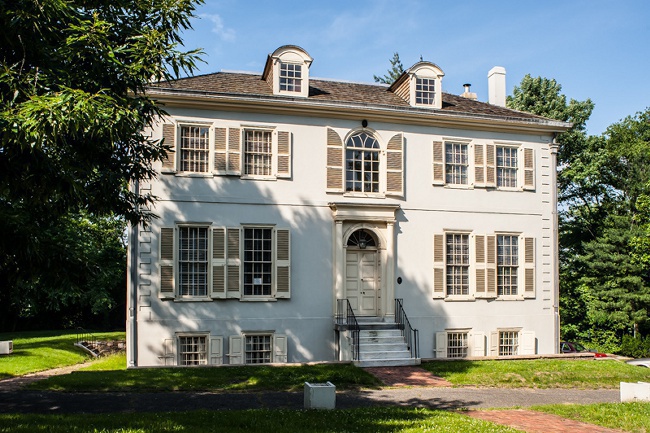 A little off the beaten path and now open only by appointment, Sweetbriar is one of the more overlooked Fairmount Park mansions. Built of stuccoed rubble, it’s federal pedigree is obvious with a clipped, unadorned cornice and large windows with narrow muntin strips. The arched window at the second floor is particularly noteworthy. When it was a restaurant in the late 19th century, it suffered a major fire so some of the exterior features are not original.

There is some thought there may have been a portico over the front door as can be seen at Rockland and Tudor Place in Georgetown, VA. An early porch (sometimes referred to as a piazza) may have extended over the east side of the building. The porch would have faced the then famous gardens which would have gone all the way to the river. 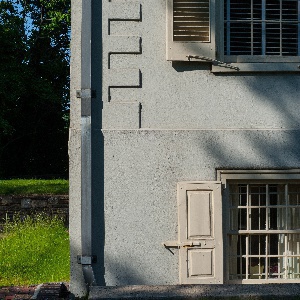 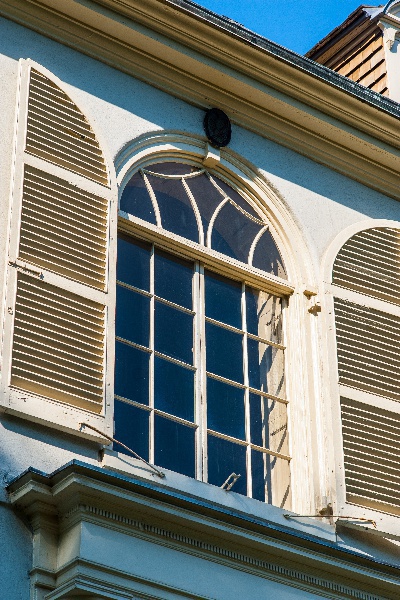 The interiors are particularly attractive – bathed in light with high ceilings and a parlor which has windows extending all the way to the floor. The parlor also features a Schuylkill marble fireplace surround and a wood mantle with classical details.

Sweetbriar was originally the country seat of Samuel Breck. Unlike many other Fairmount park houses, Sweetbriar was his year round residence until he moved back to the City in 1838. Breck had been educated in France and entertained many of the French expatriates fleeing the nightmare of the French Revolution. He also joined with his neighbor William Lewis at Strawberry Mansion and introduced emancipation legislation setting in motion the gradual freeing of the remaining enslaved people living in Pennsylvania. A compulsive diarist, his writings give great insight into late 18th and early 19th century life.