This distinguished Federal Style house is a beautiful example of the stone mason’s craft. 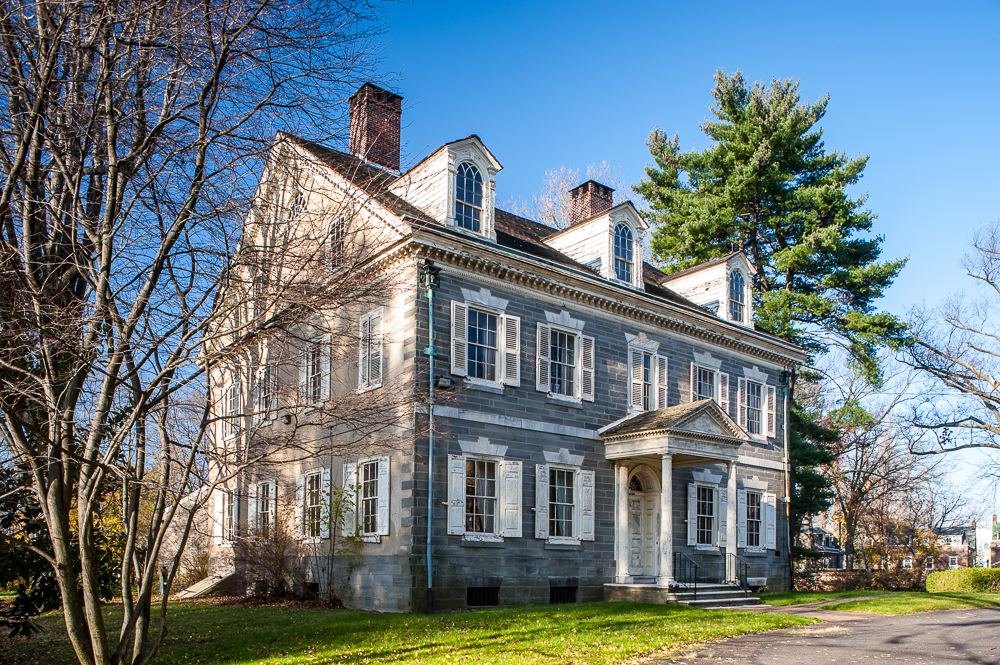 Upsala, across Germantown Avenue from its more famous Georgian predecessor Cliveden, is a beautiful, if understated, example of Federal design. The front of the house is all about cool elegance with local Wissahickon schist dressed in an even ashlar pattern. Its grey color contrasts just enough with the white marble lintels cut to look like a flat arch and a white marble belt course. These in turn contrast slightly with the white wood architrave and shutters around the windows and the white wooden portico at the front door. This portico, like a miniature Greek temple is one of the distinguishing features of the Federal building. 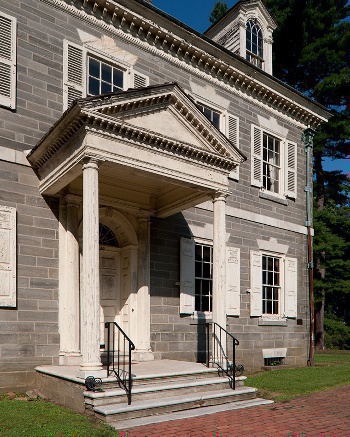 Another Federal feature is the brackets at the cornice which have become smaller, simpler, and more numerous when compared to most Georgian buildings and are echoed in the tiny brackets on the pediment over the front door. Under these brackets, sometimes called modillions, tiny dentils stretch along the top of the house just under the cornice.

The front facade’s formality is also emphasized by its symmetry and vertical alignment of windows. 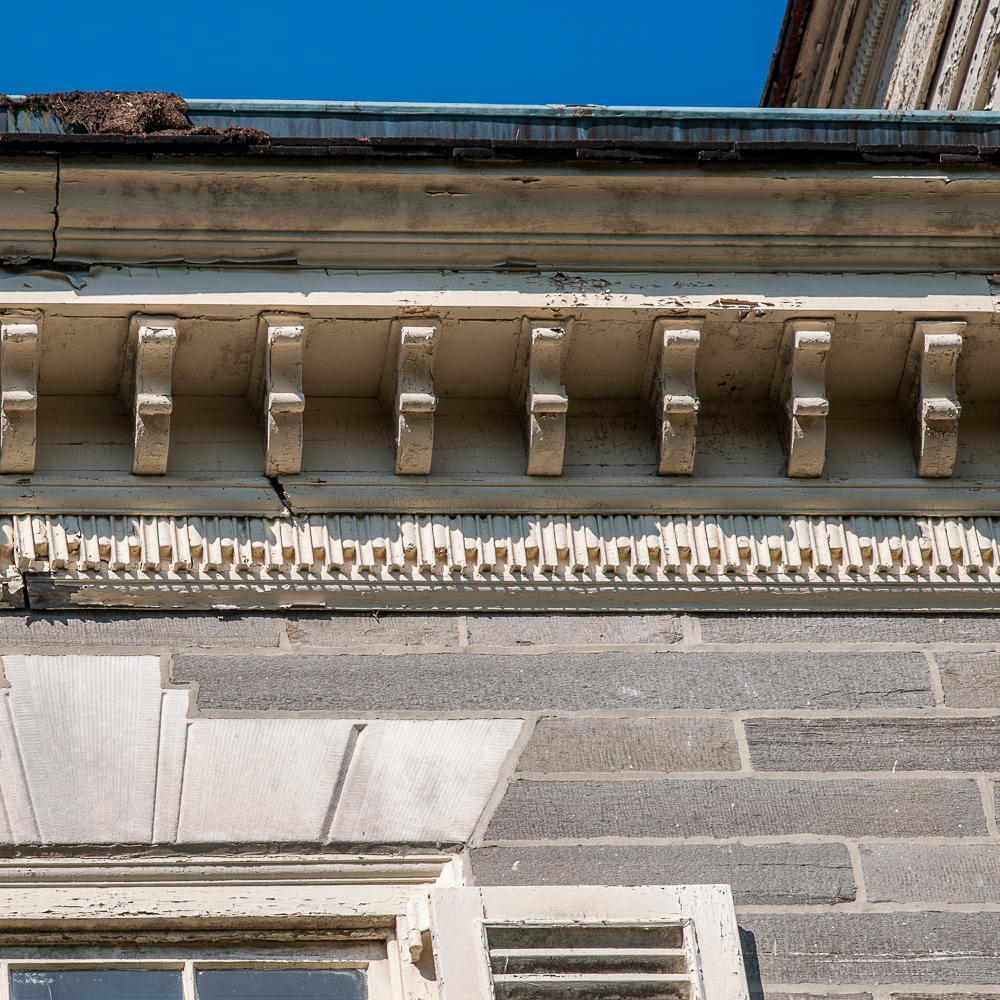 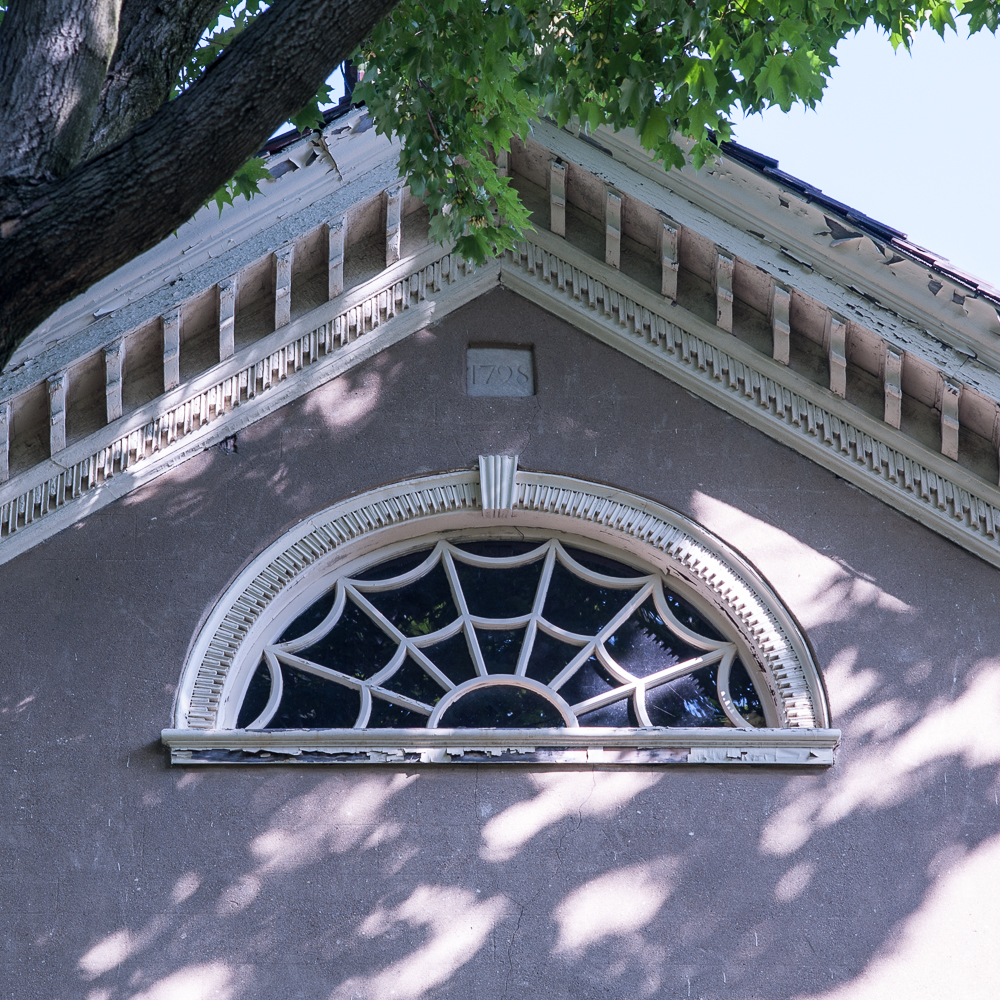 This rigid and rather unforgiving formalism of the front elevation doesn’t make its way around to the sides of the buildings. The north side is built of the same local stone regularly coursed but undressed with much wider grout joints giving a much less formal appearance.

Windows on the sides are not regularly spaced horizontally but are aligned vertically. Even so, the “federalness” shows through by extending the cornice across the gabled and of the side giving it a portico appearance. The semi-circular attic window is not to be missed. Interestingly, the south side of the building is stuccoed and the north side is not. 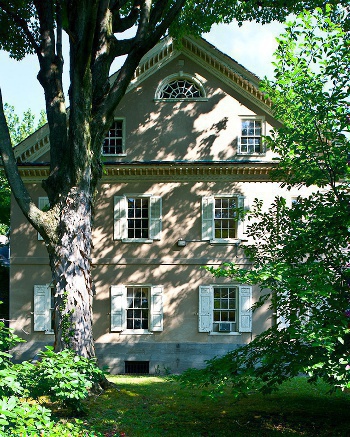