This pair of small early Georgian row houses has been combined to form a single home. They are among the earliest houses in Philadelphia.

Not Open to the Public 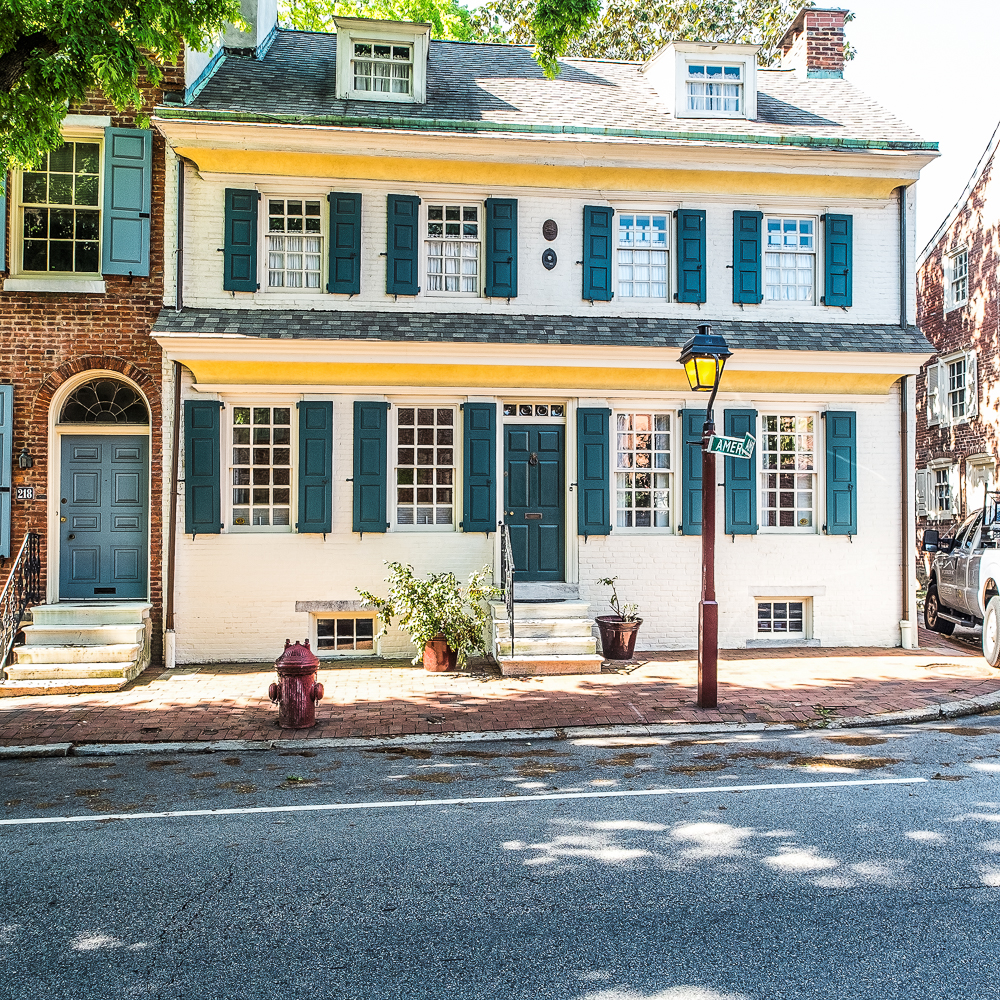 When walking around Society Hill, it’s always worth remembering that blocks were rarely filled in all at once (that style of building would come later in 19th century speculative development). A house might be built and then, only later, would surrounding houses appear.

These two very old houses (among the oldest in Society Hill) have neighbors which are mostly several decades newer. They are small (only two stories), and rather plain, working class houses lacking any oft he Georgian decorative elements found elsewhere in the neighborhood. Colonial Philadelphia did not segregate by social class – small houses were built adjacent to  much grander neighbors.

In spite of their humble origins, the houses  have pleasant proportions and a pent eave (possibly not an original feature) to break up the front elevation. They were combined into a single house when remodeled in 1958. The original door to the house on the right has vanished without a trace. 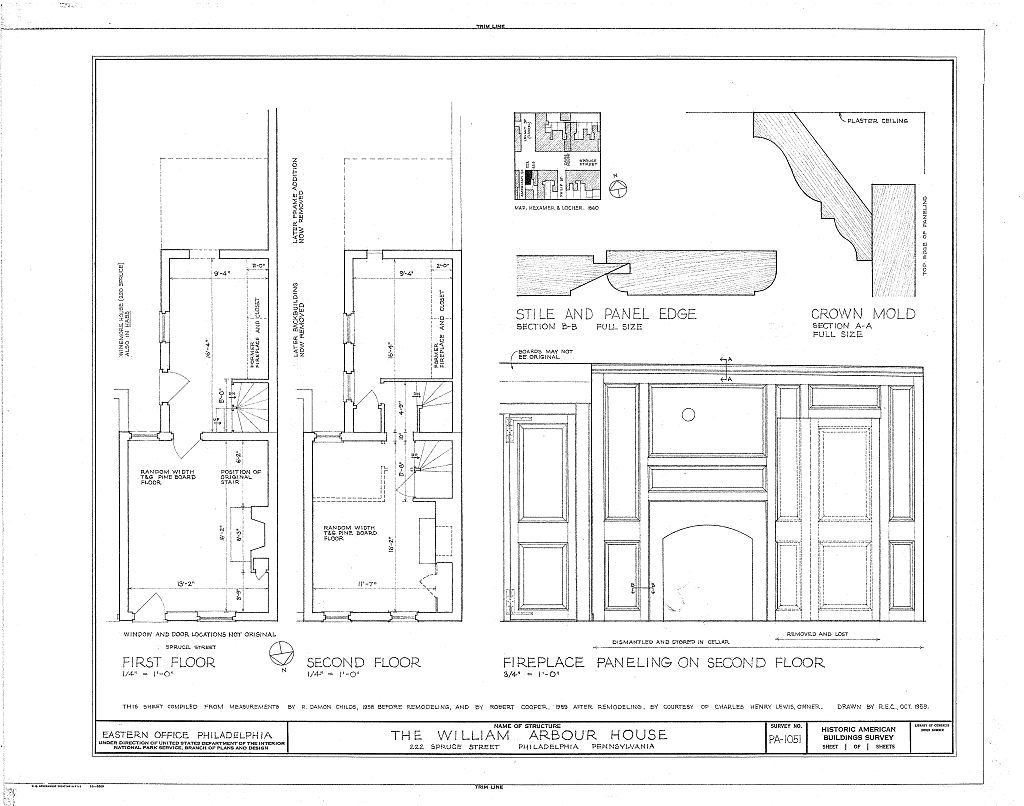