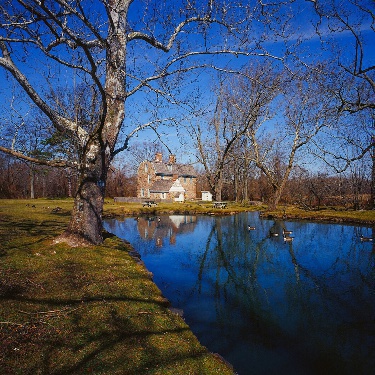 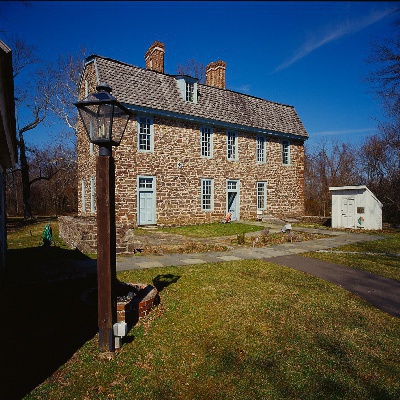 Graeme Park deserves to be better known. Located just far enough off of one of the region’s busiest highways, the property uniquely provides enough visual isolation to get an idea of what living in a colonial home was like. Surrounded by open fields and with the nearest neighboring building just visible, walking around Graeme Park can feel like a bit of time travel.

The main house, though somewhat unimposing from the outside, is of enormous historical and architectural significance. Built by Sir William Keith in the 1720’s, it is simpler than its slightly younger Georgian contemporary, Stenton, built by James Logan in 1727. Instead of an elegant country seat, which is obviously what Logan was thinking of, Graeme Park appears to be almost like a rural farmhouse with a design inspired by English vernacular models. Keith originally owned 1200 acres and enough acreage remains to isolate the estate from the rapidly developing central Montgomery County area.

Keith ran into political and financial difficulties and was forced to return to England. The house was sold to Thomas Graeme who was both a physician and a Justice of the Pennsylvania Supreme Court. In the 1760s he made a series of improvements which didn’t significantly change the exterior but changed the interior drastically.

The major change is the justifiably famous Georgian paneling in several rooms of the house. The estate passed out of the Graeme family in the early 1800s and was never lived in again. Two well-known Philadelphia families, the Penroses and the Strawbridges, inherited the property and kept the house it in its original condition. It remains today one of the most intact historic houses is in the region.. 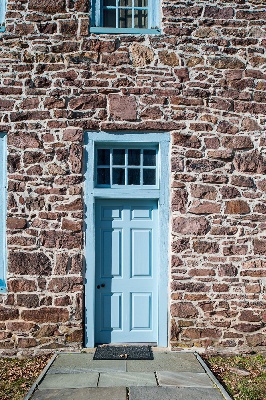 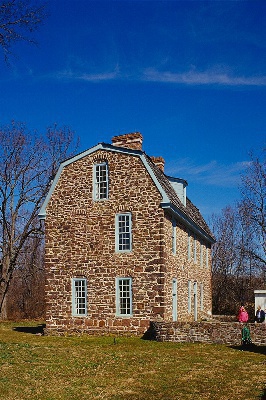 Architecturally, the exterior the house is in a traditional English vernacular style: one room deep and originally three rooms across. The gambrel roof creates a fully functioning third floor where a traditional gable roof would’ve made such a narrow third floor almost useless. Rather small windows are helped by transom lights over the doors which add some light into the interior entry spaces. The service interiors, including storage areas and the kitchen, are interesting but the Georgian paneling and the first and second floors, as well as the tile fireplace surrounds, are the wow attractions. This is especially true in the first floor parlor where two over door pediments are a prelude to a spectacular split pediment over the Pennsylvania blue marble fireplace surround.