One of the last free standing houses from the Colonial era in the old center and an almost perfect embodiment of the Federal style with grand (though not original) interiors. Not to be missed. 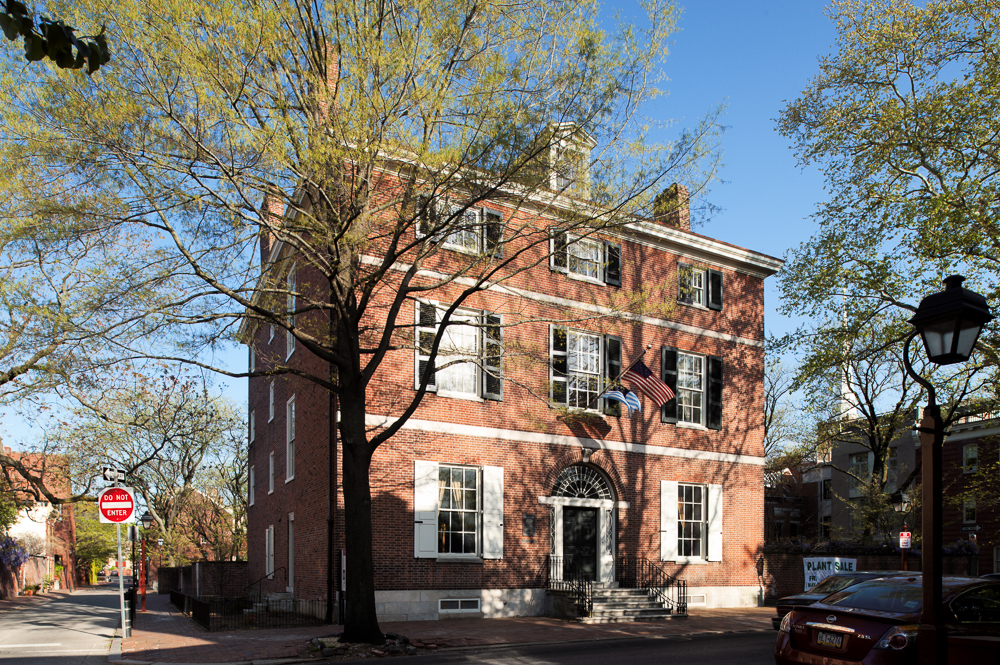 The Hill – Physick house is one of the last free standing Colonial era mansions in the old part of the city. It was built in 1786 by Henry Hill, a wine merchant, in the newly emerging and very fashionable Federal style. He only lived in the house for a few years before he sold it to Dr. Phillip Syng Physick, the most important surgeon of his era. Physick is sometimes called the father of American surgery, because of the numerous future surgeons that trained under him.

The mansion embodies everything that the Federal style was known for,- a water table of contrasting color, tall narrow windows, a generous front door – sometimes with the sidelights seen here, a large elaborate fan light, and a narrow cornice (sometimes referred to as clipped). 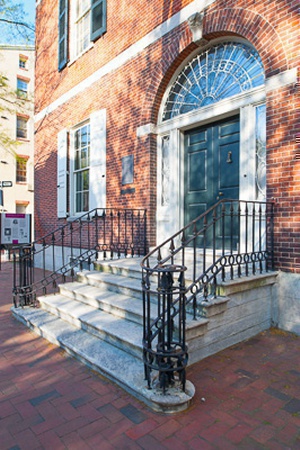 Especially noteworthy in the Physick house is the spectacular fanlight, an English import whose only rival in Philadelphia is the magnificent fanlight at Carpenters Hall. The overall effect of these details is to create a lighter, slightly more minimalist and more elegant building compared to the earlier Georgian style.

Unfortunately the interiors are largely recreations based on what some believe are flawed assumptions. The original interiors were partly destroyed by an earlier owner and the house was restored to an appearance representing its ownership by Dr. Physick in the early 1800s based on the French empire revival style. It now appears Dr. Physick did not make these kinds of alterations (at least to this extent) and the house really deserves interiors reflecting a Federal era interpretation.

Even so, the interiors are well worth seeing since the shapes and proportions of the rooms still give a sense of grandeur and elegance and the second empire furnishings are of a uniformly high quality. The extensive gardens, unusual for this area of the city, were replanted in the 1960s in a manner attempting to reflect formal gardens of the era. 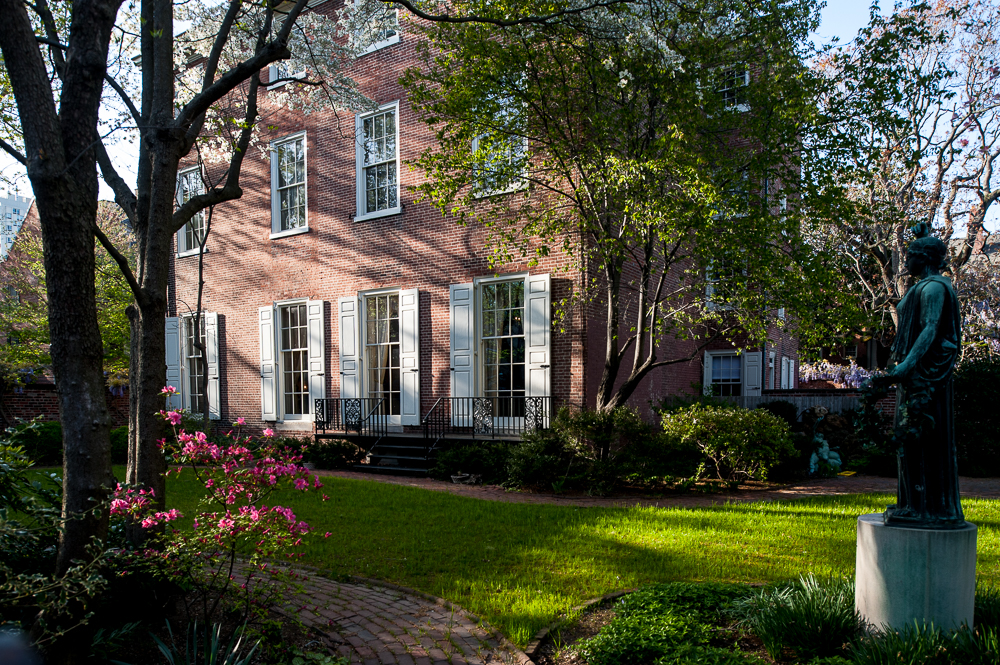