This 1959 building is a recreation of one of the most important Federal buildings of Philadelphia – The Library Company. It was the first lending library in Philadelphia , of course founded by Benjamin Franklin. 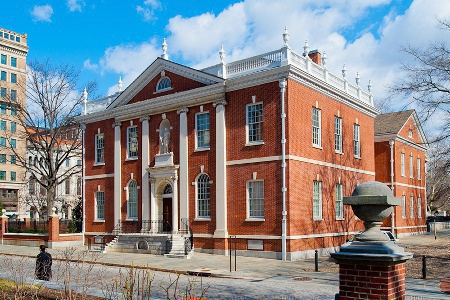 This building was built in 1959 to house the extensive, and historically important, library of the American Philosophical Society. Its Fifth Street façade is a re-creation of the building built in 1790 to house the Library Company of Philadelphia, the subscription lending library founded by Benjamin Franklin and others. This building, along with the First Bank of the United States, the central pavilion of Pennsylvania Hospital, and Woodlands in West Philadelphia, demonstrated clearly that Philadelphia had embraced the new Federal style. 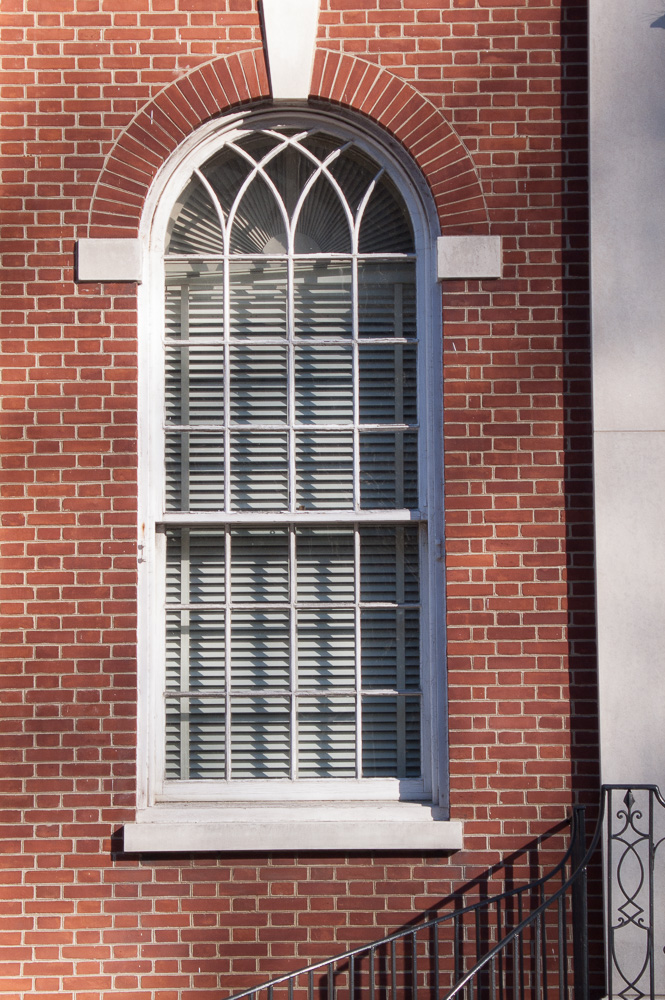 The library building’s five bay front is broken by a pavilion formed by the central three bays. The pavilion is created by four flat pilasters with Ionic capitals holding up a richly detailed pediment, reminiscent of the central pavilion at Pennsylvania Hospital. 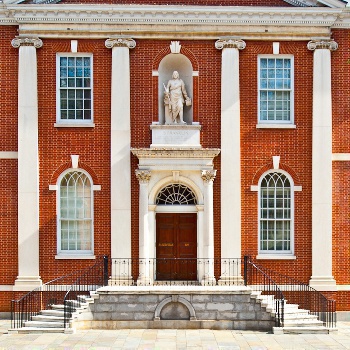 This central pavilion gets additional emphasis by providing arched tops on the two bottom floor windows. The Ionic order is repeated in the very substantial frontispiece which includes a fan light, whose arch refers back to the adjacent arched windows.

Above the door, replacing the window of the central bay is a niche with a statue of Franklin in a classical toga – a reminder of the overwhelming allegiance many of the founding fathers felt toward the ideals of Republican Rome. The whole building is set on a short base with a pair of elegantly detailed white marble semicircular stairs leading to a wide landing in front of the entrance. 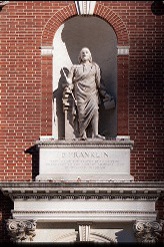