In this ancestor to today’s supermarket, residents of Colonial Philadelphia could buy food from surrounding farms and more exotic foods from Caribbean islands and southern colonies. Frequently used as a craft/farmers market in warm weather 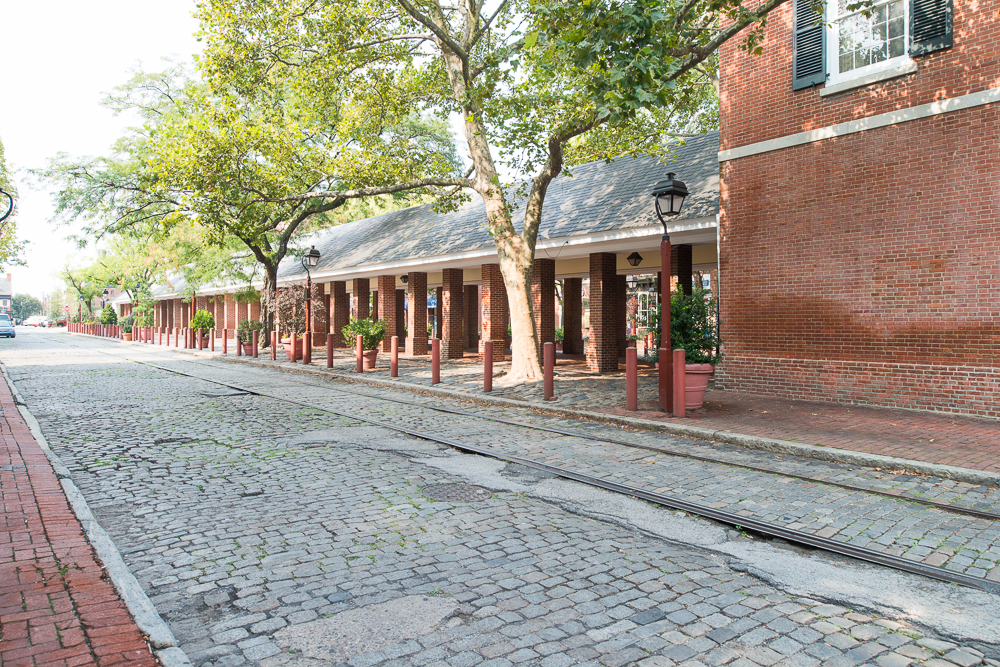 Markets were an important aspect of 18th century city life, just as they are today. Philadelphia’s original market was set up in the middle of High Street (renamed to Market Street) when William Penn laid out the city. The head house and roofed market stalls at Second Street, near Pine, were added as Society Hill became an important residential community in the middle of 1740s. Joseph Wharton, one of Philadelphia’s a leading merchants, and Mayor Edward Shippen played key roles in its development.

Originally, the market extended from Lombard Street to South Street with a firehouse at the far end, which was later torn down. The market was later extended to Pine Street and a new head house, also serving as a firehouse, was built in 1804. 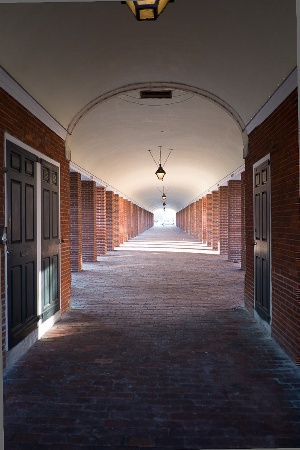 The head house has mostly Federal details, such as a very small cornice, a simple belt course, tall narrow windows on the second floor, and two fan lights over the doors facing Pine Street. A grand cupola, rather large for the building, once housed a fire bell. The substantial construction of the market sheds (restored in 1960) with brick piers and a plastered ceiling, reflect Philadelphia’s growing wealth.

It’s a common misconception to believe that our colonial ancestors lived on a diet much more restricted than our own. Philadelphians had access to an amazing variety and quantity of food, for those who could afford it. 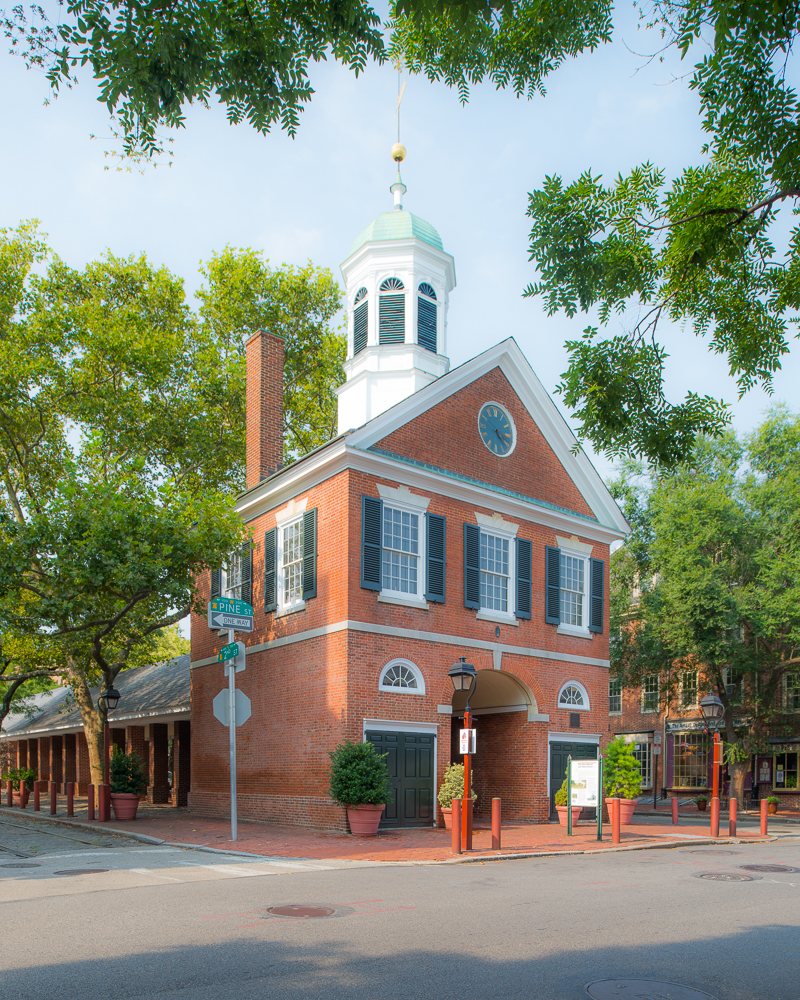 Their eating options weren’t restricted to the  the surrounding farmland. As residents of the largest port in the Colonies, they had access to food from other colonies and more exotic tropical food from the Caribbean. With its large population, a merchant bringing in food from the Caribbean could be assured of selling his entire cargo here.

The complex is today as one of the very few colonial market structures still standing. In a nice echo of the past, regular farmer’s markets are still held here in the spring, summer and fall.