First used as a court house this later became Philadelphia’s City Hall. Not as famous as Independence Hall, it is still both architecturally and historically important. 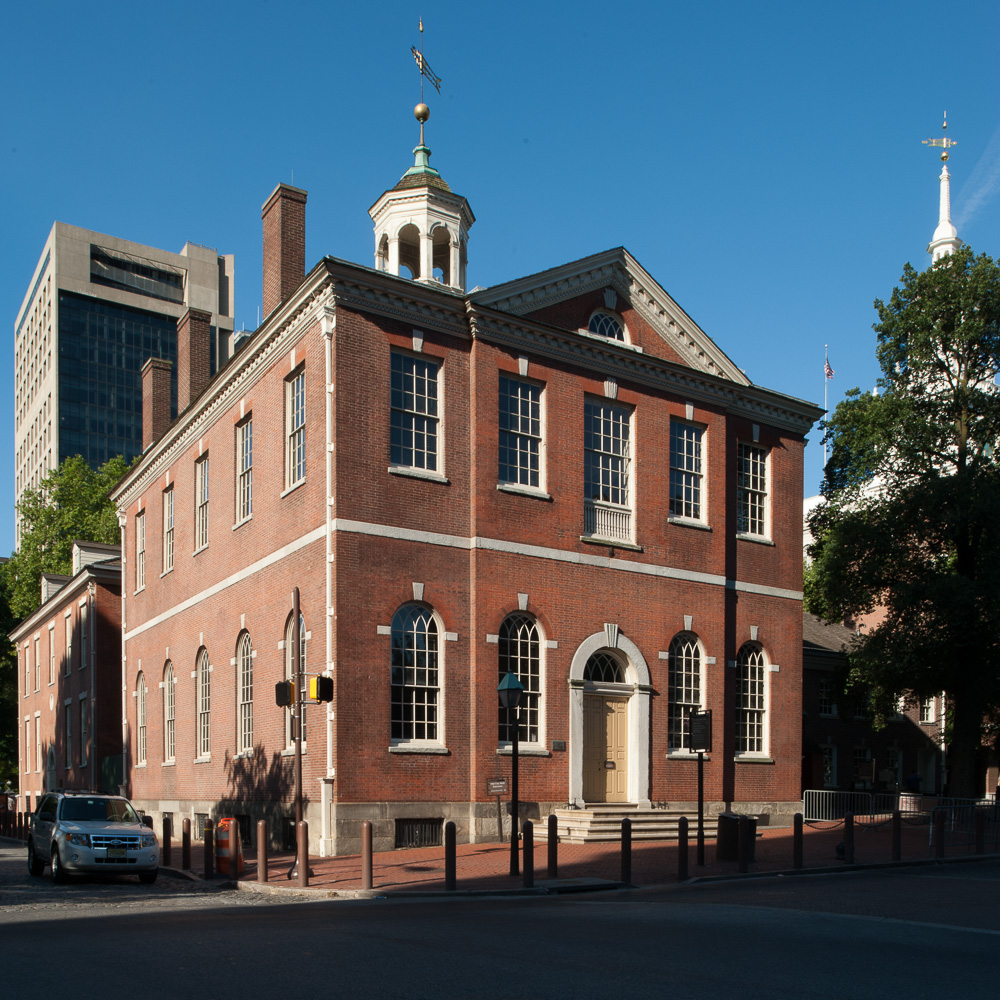 Old City Hall (AKA Supreme Court Building) was the last of the four buildings built on the block of land of surrounded by Chestnut, Walnut, Fifth, and Sixth Streets. Completed in 1791, it echoes Congress Hall (Philadelphia County Courthouse) on the Sixth Street corner completed in 1789. Almost an exact copy of its predecessor, Congress Hall, the five bay front is broken up by a three bay wide projecting pavilion capped by a pediment.

The Park Service has set up the lower floor as it would have appeared when it was the Mayor’s Court. The half octagonal apse holds the judge’s rostrum in the court and the speaker of the council chair for the council chamber on the second floor. This apse in public buildings goes back to Roman times and is a common feature of the Roman basilica (law courts). 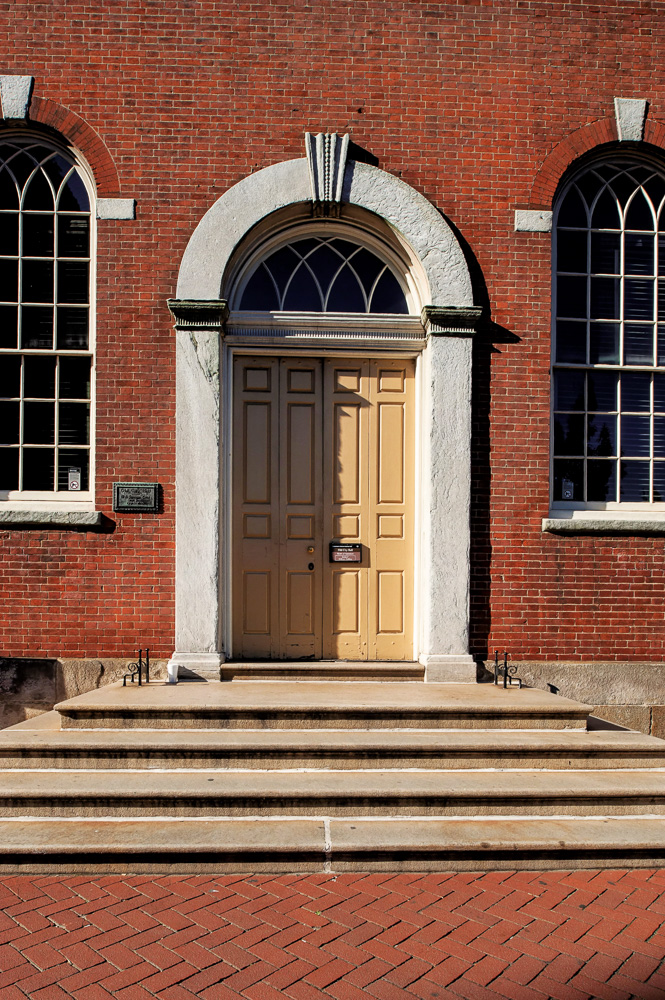 The basilica plan was adopted in western Christian churches and the apse, of course, held the altar. With the reintroduction of classical forms, the apse in this building returns to its original function. 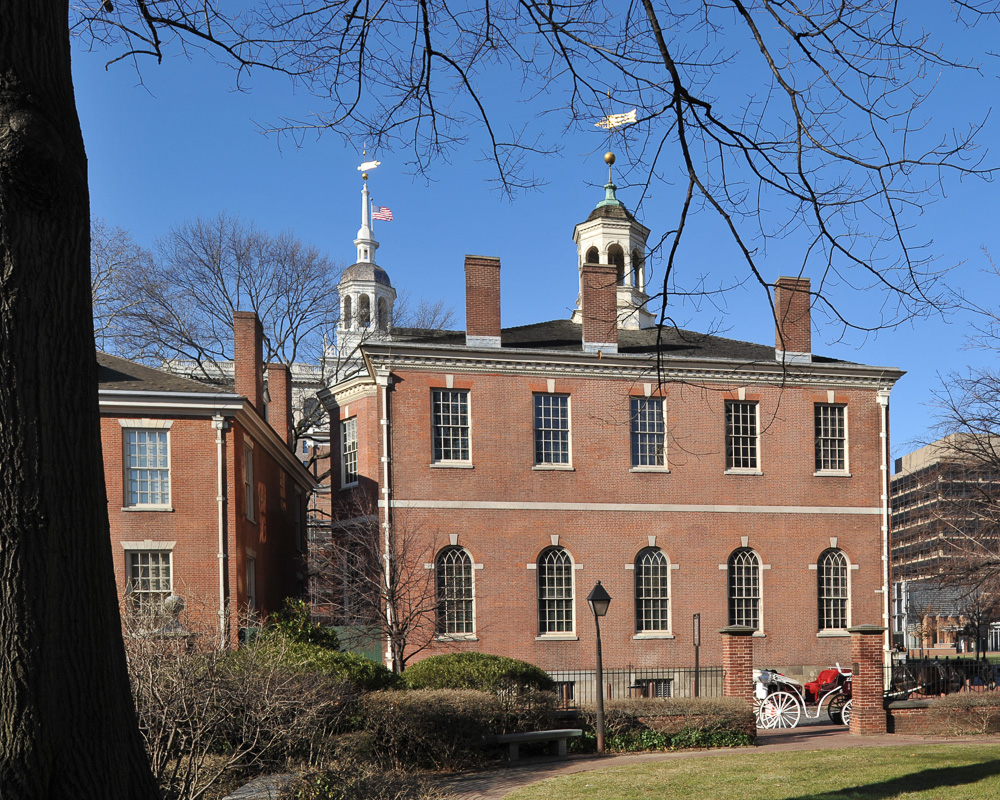