Second Bank of the United States

One of the first Greek revival buildings in the United States and the first major work by William Strickland who would go on to define the style. 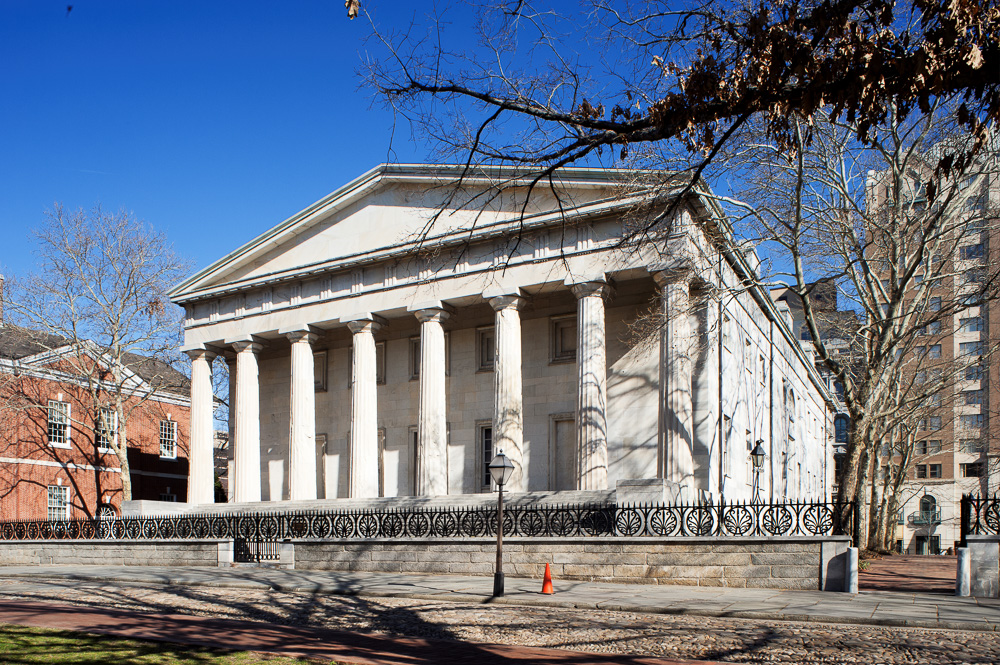 As a young man in 1806, Nicholas Biddle had traveled extensively in Greece. When he was appointed as director of the new Second Bank of the United States, he was influential in the hiring of another fan of Greek architecture, a young architect named William Strickland, to design the bank’s building. Strickland created a beautiful, if austere, Pennsylvania marble Greek Doric temple – severe and solid on the outside but beautifully finished on the inside.

Strickland’s design demonstrates the sea change in architectural theory brought about by the archaeologically accurate drawings of Greek architecture which had been begun to be available a half-century earlier. 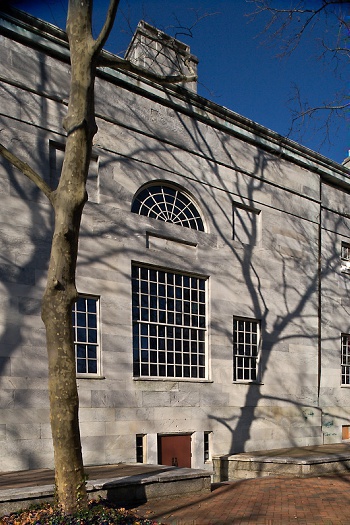 Books like Stuart and Revett’s Antiquities of Athens (1762) circulated throughout the English speaking world and you can see details in the Second Bank that are direct copies of them, like the fluted Doric columns which rest directly on the platform (or stylobate) without bases (Palladio would have had an heart attack). The building’s north and south façade reproduce the general appearance of an early Doric temple with a massive central door flanked by windows and blind doors beyond. Above these openings, and aligned with them, are a row of blind windows. 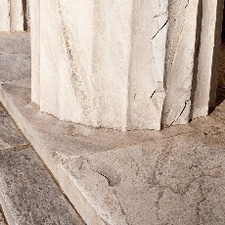 Unlike most classical temples, the columns do not continue on the sides – instead the sides of the building are pierced by a number of double hung windows which allow light and air into the banking areas (gods don’t need light and air, but bankers do). To keep a feeling of austerity (the responsible spending of bank funds?), Strickland provided a building without key classical ornament such as statuary in the pediment or a decorated triglyph frieze. One of the few decorative elements is a wrought iron fence with a palmette design which still exists. 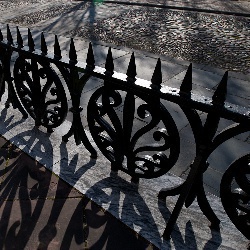 Even though he was just beginning his career, Strickland was not above showing off with an architectural sleight of hand. Centrally located on each side of the large banking room is a fireplace directly under a large window- so where is the flue? Two flues exit the fireplace and travel up on the outside of the window and then joining above the window to a chimney through the roof (the arrangement is clearly visible on the outside of the building). Also on the side of the building can be seen a graceful arched window directly above this large central window with two side windows forming an “exploded” Palladian window. 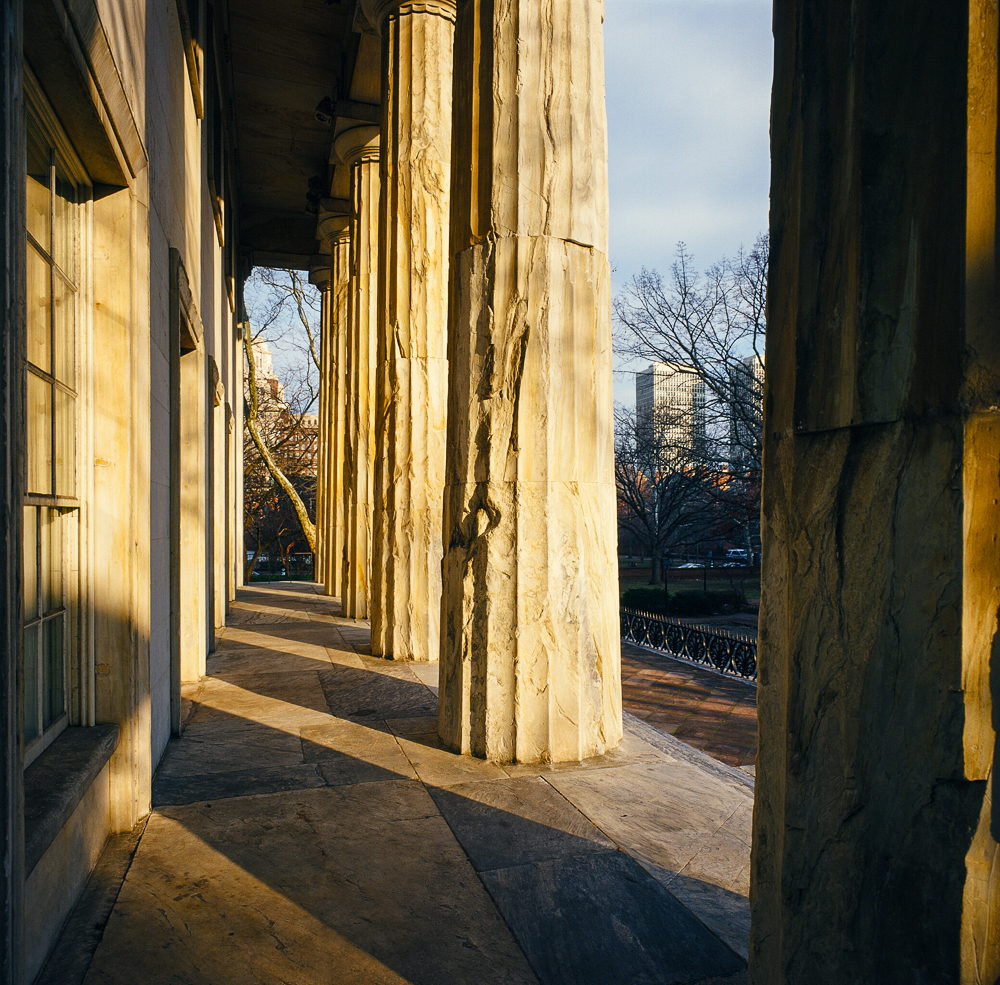