Two Greek Revival wings grafted onto a mid-eighteenth century Georgian House is more imposing than graceful. Never the less, some of the interiors reach not to be missed status and the interior details are particularly fine. 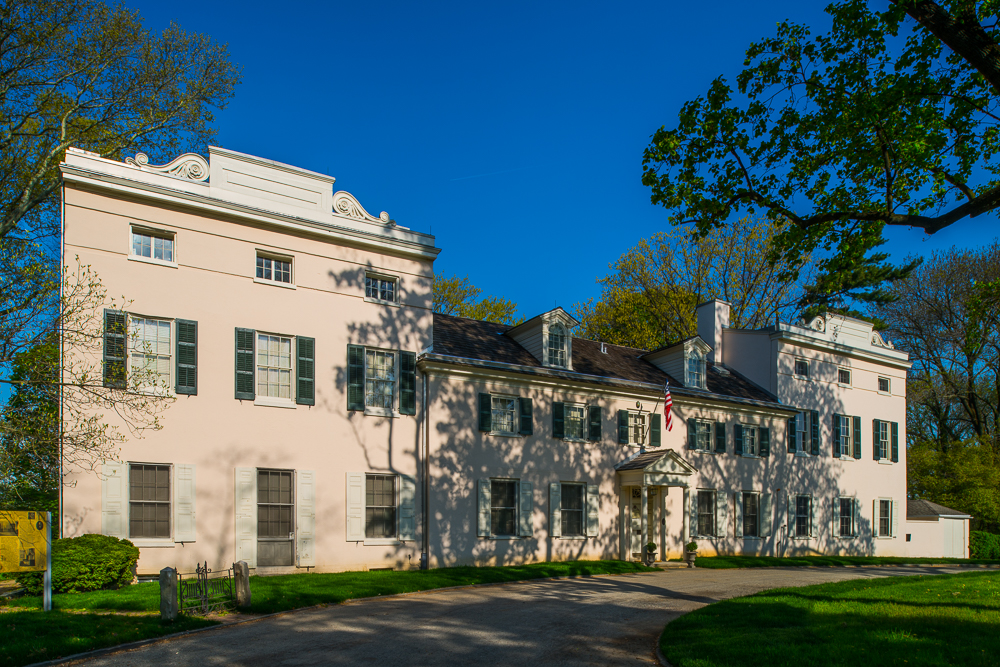 Some houses tell their stories only to architectural historians but Strawberry Mansion’s story is plainly visible. Its two houses of course (or three actually). The original farm house was a three bay farmhouse from the 1750’s which was expanded to five bays by its most famous owner William Lewis. Lewis (1751-1819) was one of the many unsung heroes in a generation of heroes.

A distinguished Quaker lawyer and supporter of the revolution, he spent much of the post-revolutionary era defending people who refused to take Pennsylvania’s loyalty oaths. As important were his abolitionist efforts which finally resulted in his drafting the act that set into motion the abolition of slavery on the Commonwealth – the first process of its kind in the new United States. 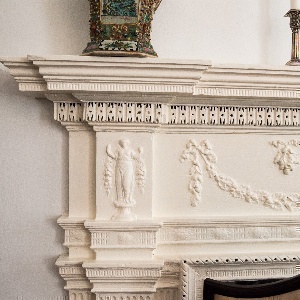 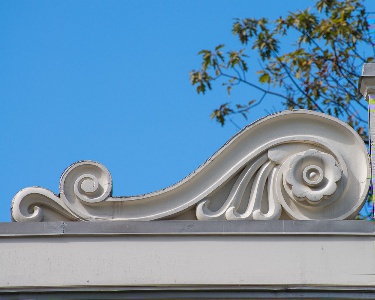 Lewis’s remodeling of the original farm house was plain on the outside but there were many elegant, if not showy, interior details like the four niches with classical surrounds in the foyer (probably for portrait busts) and beautiful punch and gouge chair rails. The mantle pieces are carved with applied figures – a less expensive alternative to the fine carving found in the Powell House.

So far so good but the real fireworks start at the two massive Greek revival additions on either end added by the next occupants – the Hemphil family who operated one of the first American porcelain factories. In keeping with more elaborate entertaining of the period, the pavilion on the left is a large ball room on the ground floor with bedrooms above. The pavilion on the right encased what had been a separate kitchen on the ground floor and a formal dining room on the second floor with connection winding servant’s stair and dumb waiter to the kitchen below. 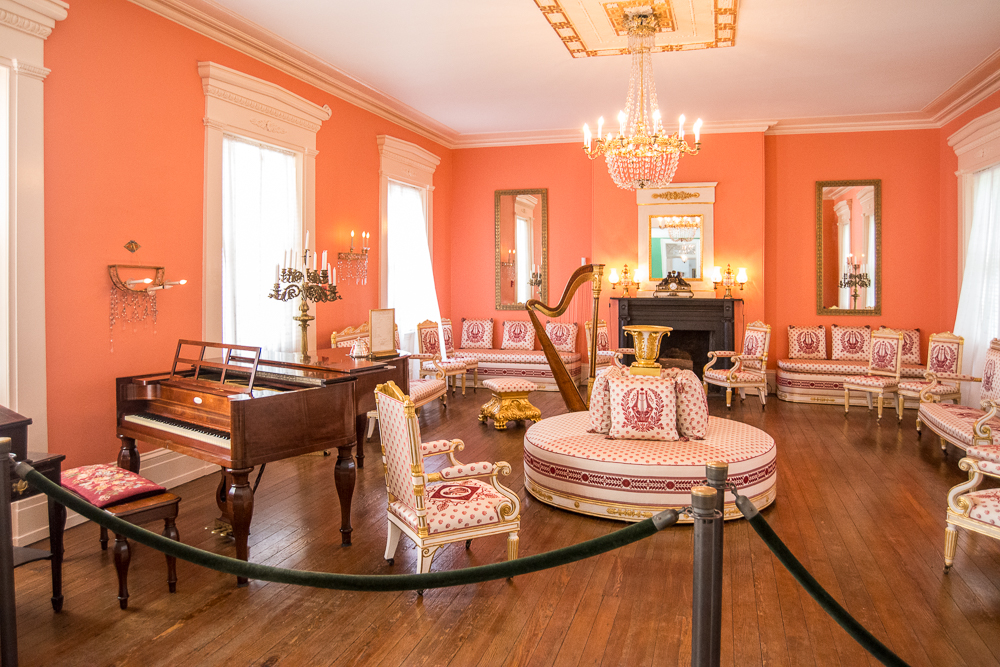 Both of these rooms are spectacular high ceilinged rooms with enormous windows creating light filled spaces. On the outside, stucco scored like stone and large volute forms at the cornice are elements of a stripped down version of the Greek revival style.

The house is furnished with furniture from the eerily 19th century, including by an amazing set of French Restoration furniture bought by George Cadwalader in 1835 known because the receipt still exists. Also not to be missed is an early piano-forte and a great tall case clock. The furniture collection makes it a must see for enthusiasts.