This fine Georgian row house was the home of Dolly and James Madison when he served in congress in the mid 1790’s. 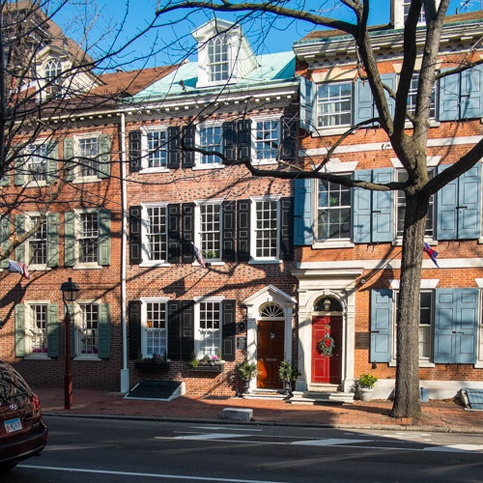 As a pleasing example of late Georgian architecture, this house has the requisite Georgian details such as belt courses at the second and third floor levels, a Tuscan frontispiece, glazed headers set in a Flemish bond and a particularly nice fanlight.

Regrettably the first floor exterior is a recreation so it’s hard to know how in keeping it is to the original appearance. It main claim to fame is that it was rented a few years after completion to James Madison, and his wife Dolly. Dolly had been previously married to a young Quaker lawyer John Todd and they had lived briefly a few blocks away at 5th and Walnut when he died in the yellow fever epidemic of 1797. 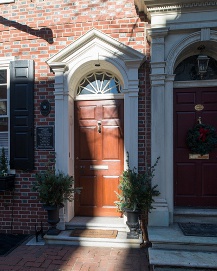 Its interesting to note that the Spanish Ambassador lived next door to this house which is a reminder that when Philadelphia functioned as the nation’s first capital, it had the intimacy of a small town by our standards, with many of the key players really next door neighbors.